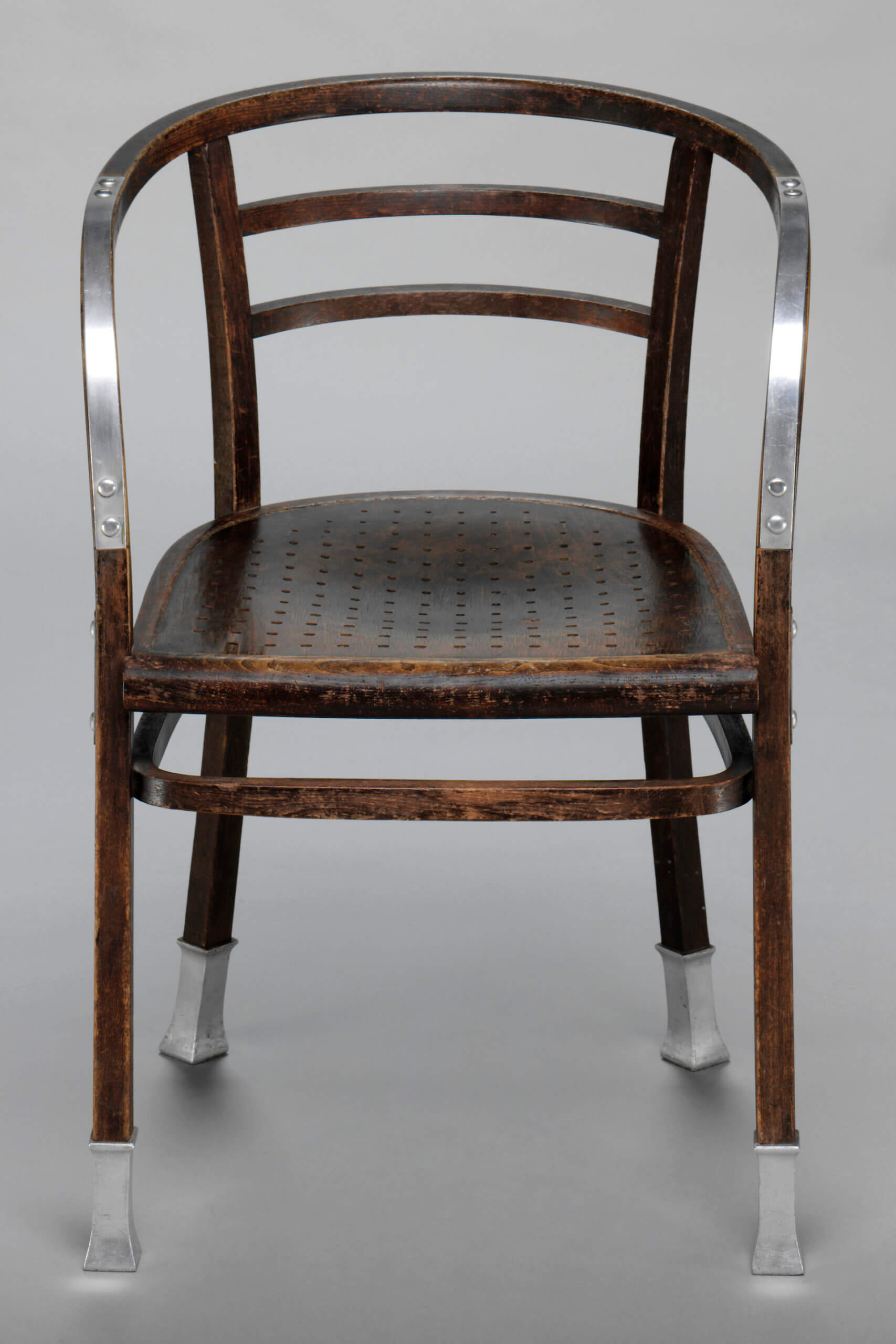 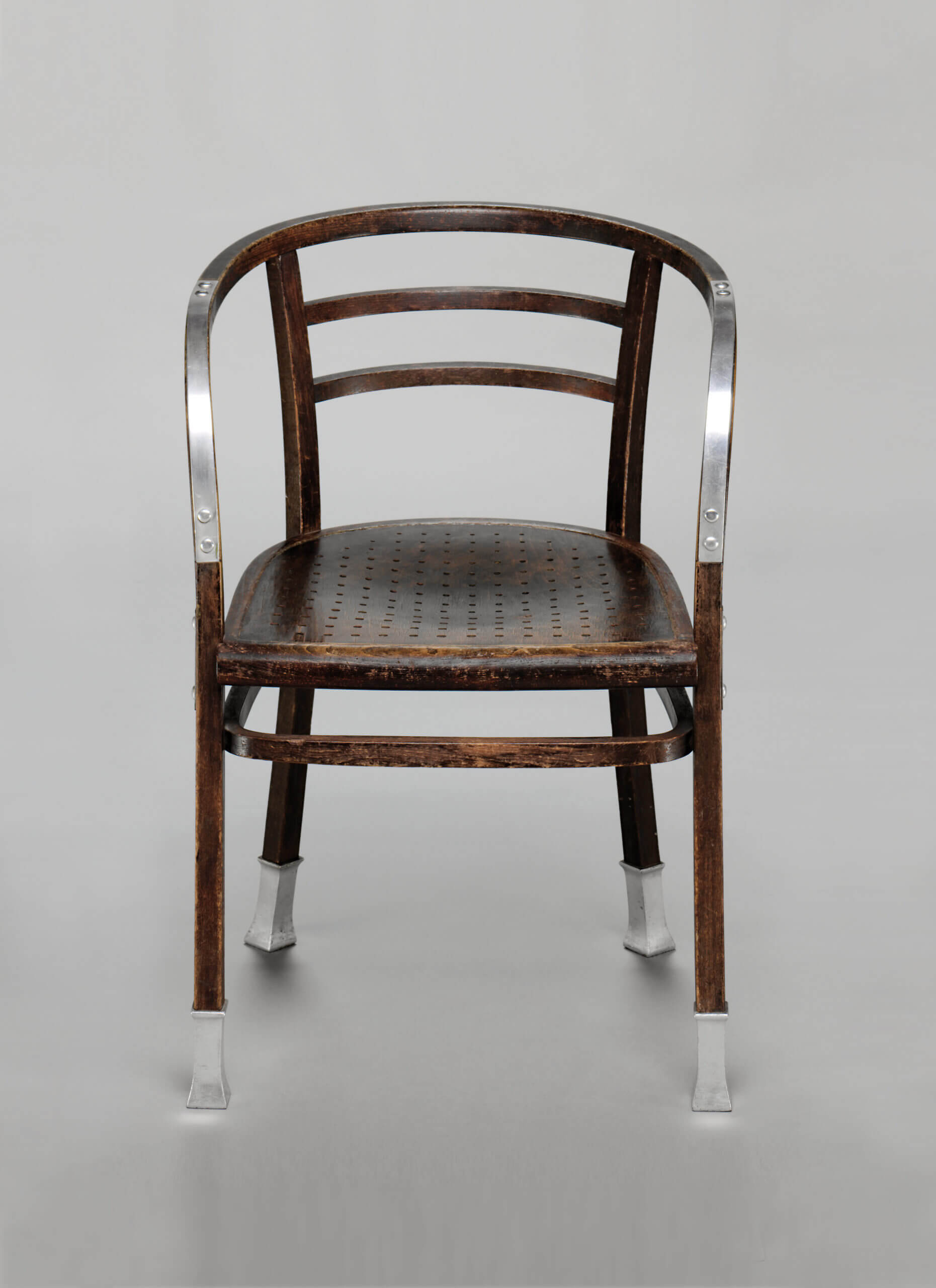 When Otto Wagner won the competition for the new building of the Austrian Postsparkasse (Post Office Savings Bank) in 1903, he was commissioned as well to design the entire interior furnishings, fittings, and decoration. Wagner was then at the peak of his career, and the design concept was correspondingly a path-breaking concept pointing towards function-oriented modernity. In keeping with his creative credo, he placed the object’s function to the forefront of his plans, then decided on the suitable material for the execution and manufacturing techniques to be employed. Only afterwards did the aesthetic solution materialise out of this premise, so to speak “of its own accord”, as functional form. An integral component in addressing function is the search for the optimal economic solution, whether in execution or in operation and maintenance. With this in mind, Wagner analysed the requirements demanded of the individual pieces of furniture in the environment of the Postsparkasse. He distinguished between the various users and installation locations, and his basic task first of all was to divide these up into areas: some that were generally open to the public, some semi-accessible, and some only accessible to in-house personnel. From this he developed a hierarchy of materials and colours that was directly conditioned by questions of construction and technological implementation. One stroke of genius was his development of a kind of typology for furnishings by his use of a modular system, yet without waiving the traditional requirements of prestige. Despite this economic approach, we never get the impression of a surrender to compromise in the task of realising hierarchies and economic efficiency side by side as equally valid entities. The result is of such integrity and naturalness that these questions do not even arise.

Apart from the large open-space offices, Wagner equipped every office room of the Postsparkasse and its large boardroom with one of the bent-wood armchairs he had designed. He varied the stain colour, the type of seat and the mounts of the legs and armrests according to the furniture’s location. Hence the armchairs for the governor’s office, the most prestigious room in the building, were made of beechwood stained as mahogany with brass mounts and red velour covering. The armchairs for the departmental directors’ offices were stained grey with aluminium mounts and green velour covering. Those in the boardroom were grey with grey velour covering and aluminium mounts, although the aluminium sabots of the chair legs were much higher, in contrast to those of the departmental directors – in fact as high as those in the governor’s office. Meanwhile, the armchairs in the smaller offices had no metal mounts whatever, and were only given a plywood seat. Other variations apply to the seats, sometimes caned, sometimes upholstered with leather, or fashioned with perforated plywood. The armchair shown here with perforated plywood seat and high aluminium sabots was most likely part of the furnishing of the public counter hall and concourse. Both the aluminium and the plywood seat guaranteed a long and maintenance-free service life. Moreover, aluminium had the advantage of not needing regular polishing, like brass, the other metal used as decoration at the time. Owing to the scale of the task and the tight delivery deadline, execution of the bent-wood furniture was commissioned from the two major Austrian bent wood firms, the Gebrüder Thonet and Jakob & Josef Kohn. The corresponding cost estimates for the armchairs are from September 1906 and range from the most expensive model with leather upholstery and aluminium mounts at 52 crowns to the cheapest cane model at 18.50 crowns. Both firms adopted Wagner‘s plain, standard model into their regular sales programme; Thonet as model no. 6527 (catalogue 1911) and Kohn as model no. 218 F (catalogue 1916). The latter offered it already in its catalogue of 1906, but slightly varied with a saddle seat and perforated backrest board, with the number 721. 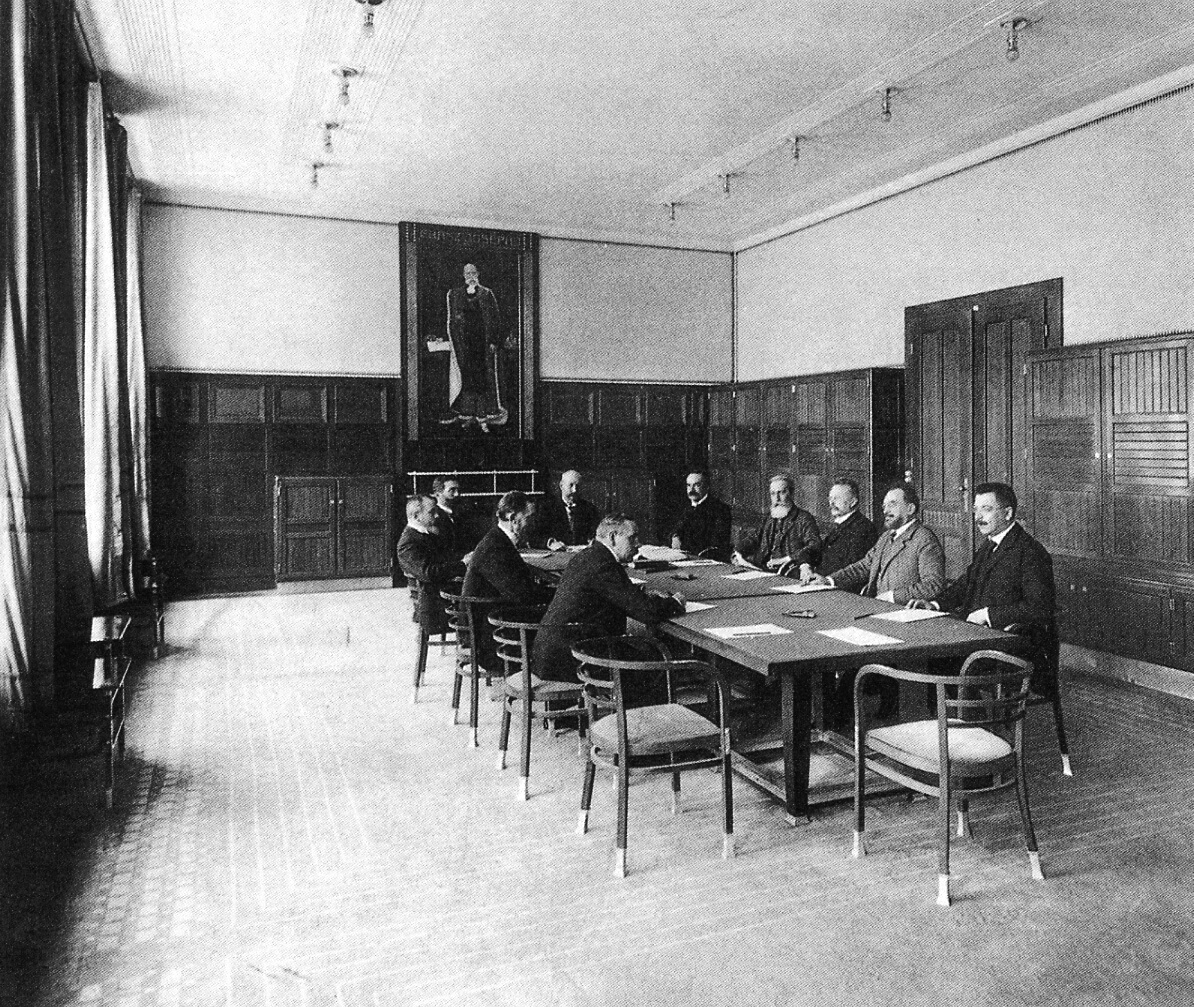