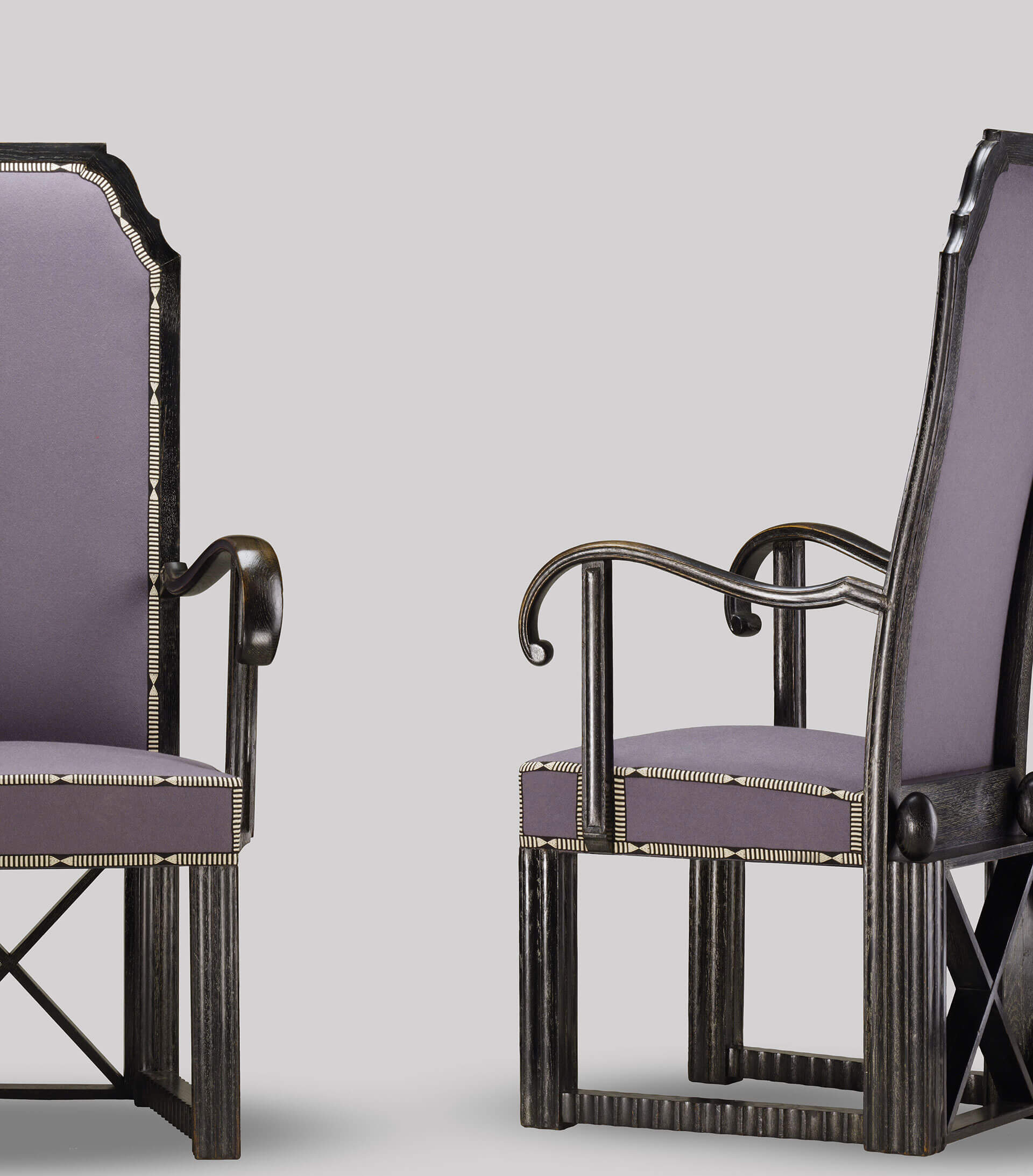 One armchair in the Josef Hoffmann’s house; Two pieces made for Ferdinand Hodler’s apartment. Now in the collection of The Arts and History Museum of Geneva 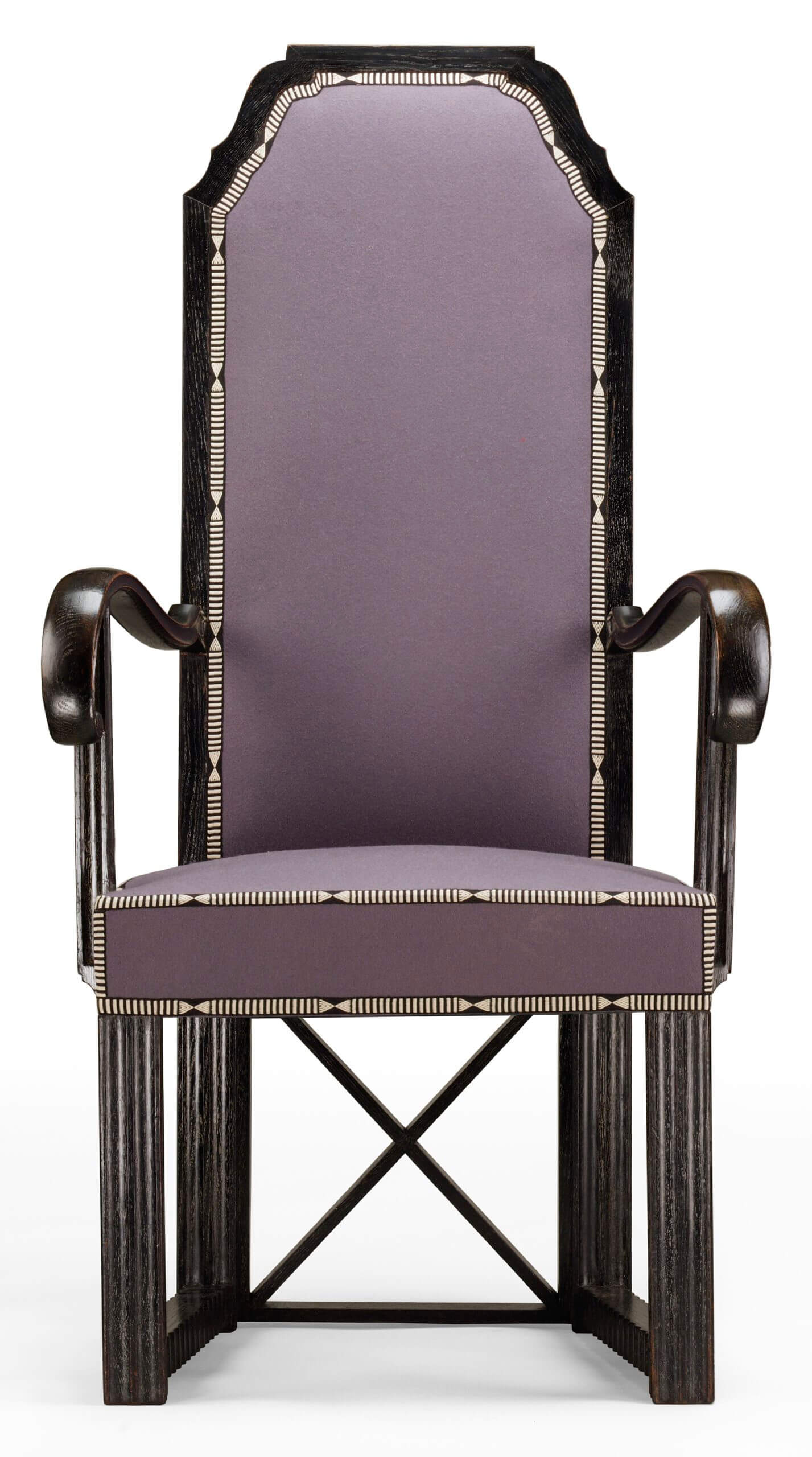 In 1912, the urologist and chief consultant of the surgical department in the hospital of the Israelitische Kultusgemeinde (the Jewish Cultural Community) Prof. Dr. Otto Zuckerkandl commissioned Josef Hoffmann to design the study in his apartment in Vienna I, Reichsratstrasse 3, the original location of this table and armchair. The name Zuckerkandl was hardly unknown to the Jewish haut bourgeoisie in Vienna around 1900. The family provided the foremost patrons of the Secession and the Wiener Werkstätte. Otto’s sister-in-law Bertha Zuckerkandl, who was married to the anatomist and university professor Dr. Emil Zuckerkandl, forged the contacts between the family and the artists of the Secession. A cultural journalist and patron and defender of the new Viennese art, she ran one of the leading Vienna salons, a meeting place for her and her national and international guests from culture, politics, science and industry. No wonder that in 1904 Otto’s brother, the businessman Victor Zuckerkandl, gave various commissions to Josef Hoffmann and the Wiener Werkstätte, including the building and furnishing of the Purkersdorf Sanatorium. He is also noted as one of the leading collectors of pictures by Gustav Klimt.

The Zuckerkandl table and armchair belong in Hoffmann’s purely neo-classical work phase. This is marked not only by his use of neo-classical forms, but also the increased deployment of atectonic constructional elements, giving rise to an entirely new language of forms that was a source of inspiration to the post-Modernism of the 1980s. In this context, the study table is one of the most important and successful examples of this phase of productivity. Resting on six massive, square and fluted legs is a thick, oblong top, giving an impression of weighty monumentality. Yet at the same time the logical consequence of stability that this should produce is missing in the table. Its top and legs do not seem securely joined together, whether as carpentry, or tectonically. This feeling arises from the fact that the apron – the element of carpentry that usually connects the two constructional elements – is missing. The table top itself also seems optically unstable because of its double-layered structure. Placed upon a thicker convex profile, which might be interpreted as the capital for the socle-less legs, is a thinner top with straight, vertical end. Hoffmann sets a rhombus motif on it above each leg, thus accentuating the constructional autonomy of the thinner table top. This has the psychological effect of setting everything into motion once again, and the monumentality loses its oppressive bulkiness. 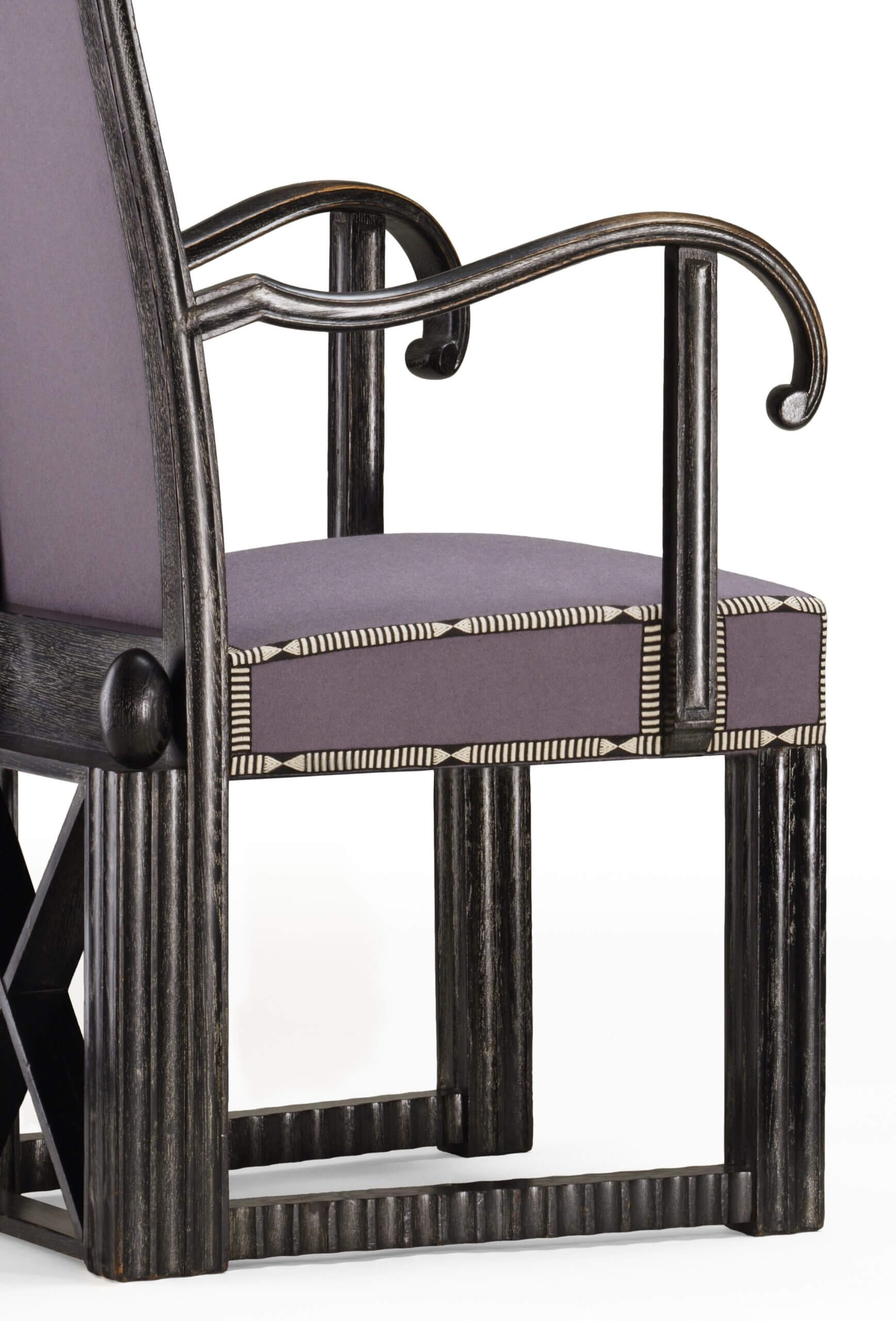 Hoffmann’s design for the armchair plays with similar atectonic conceits and contradictory messages, attaining in the process an extremely autonomous and fascinating aesthetic solution. The high back, the heavy legs and the accentuated frontality of the chair likewise radiate monumentality. As in the table, this monumentality is called into question by an invisible apron, creating the optical illusion that the upholstered seat rests solely on the front legs. The same tendency is seen in the enormous contrast between the stark straightness of the front legs and the double, backward curve of the backrest and the S-shaped armrests. Static frontality thus encounters dynamic spatiality. Hoffmann compensates the resulting backward momentum by rolling the armrests inwards at the front end, so they seem to be trying to cling to the armrest supports to stop the chair from falling backwards. Hoffmann also provides a visual support for the statics of the backrest frame, which is thin in relation to the front legs, but in its continuation simultaneously suggests the thickness of the back legs. This is accomplished on the chair back by a frame element into which a diagonal cross is fitted; the frame extends to seat level and imitates the thickness of the front legs in its vertical margins. But the invisibly constructed attachment of this element onto the thin back legs again causes the whole statics system to hang in the balance. In the following year Hoffmann re-uses this armchair model when furnishing the home of the painter Ferdinand Hodler in Geneva. It is now in the collection of the Musée d’Art et d’Histoire in Geneva. 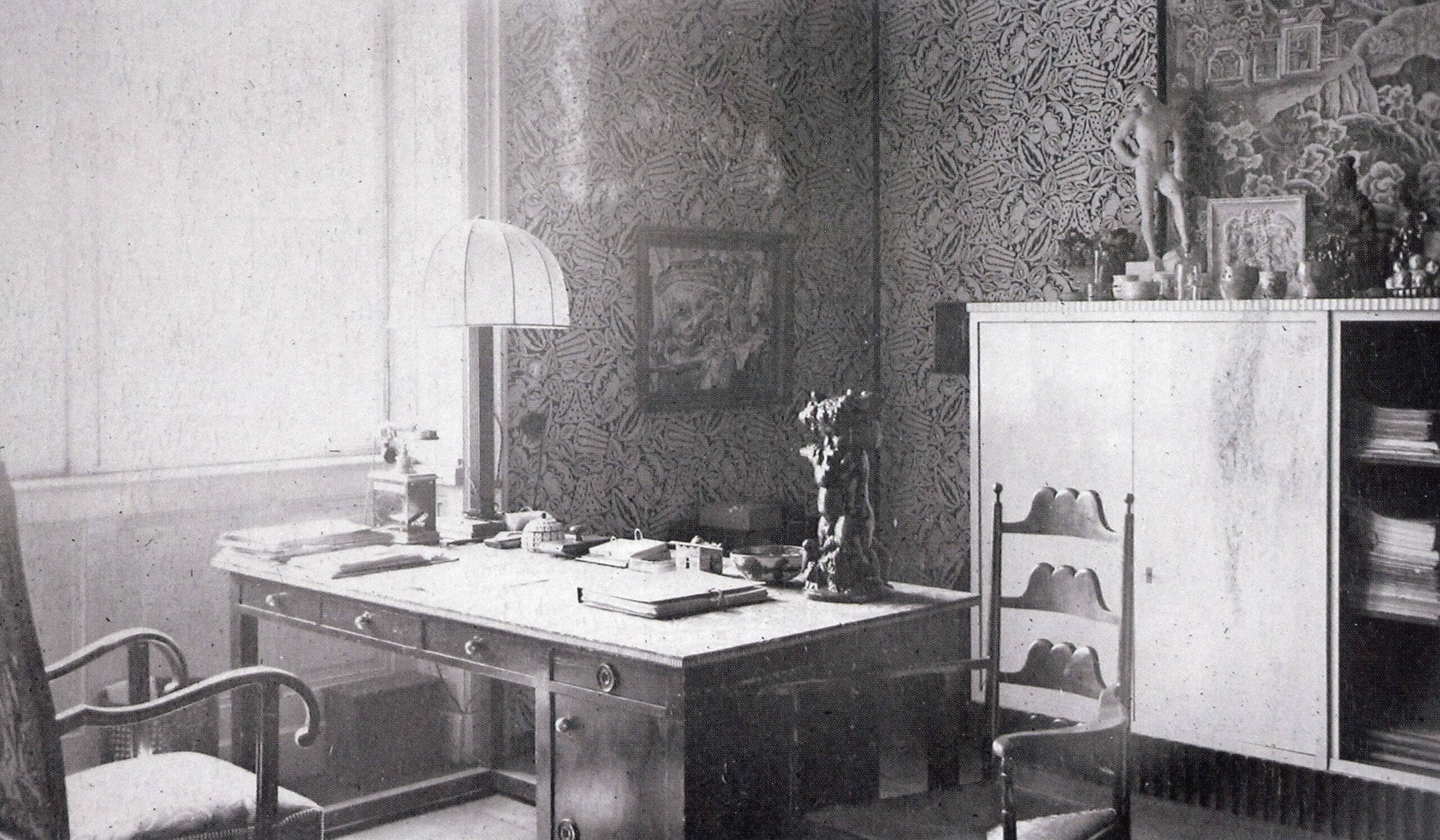 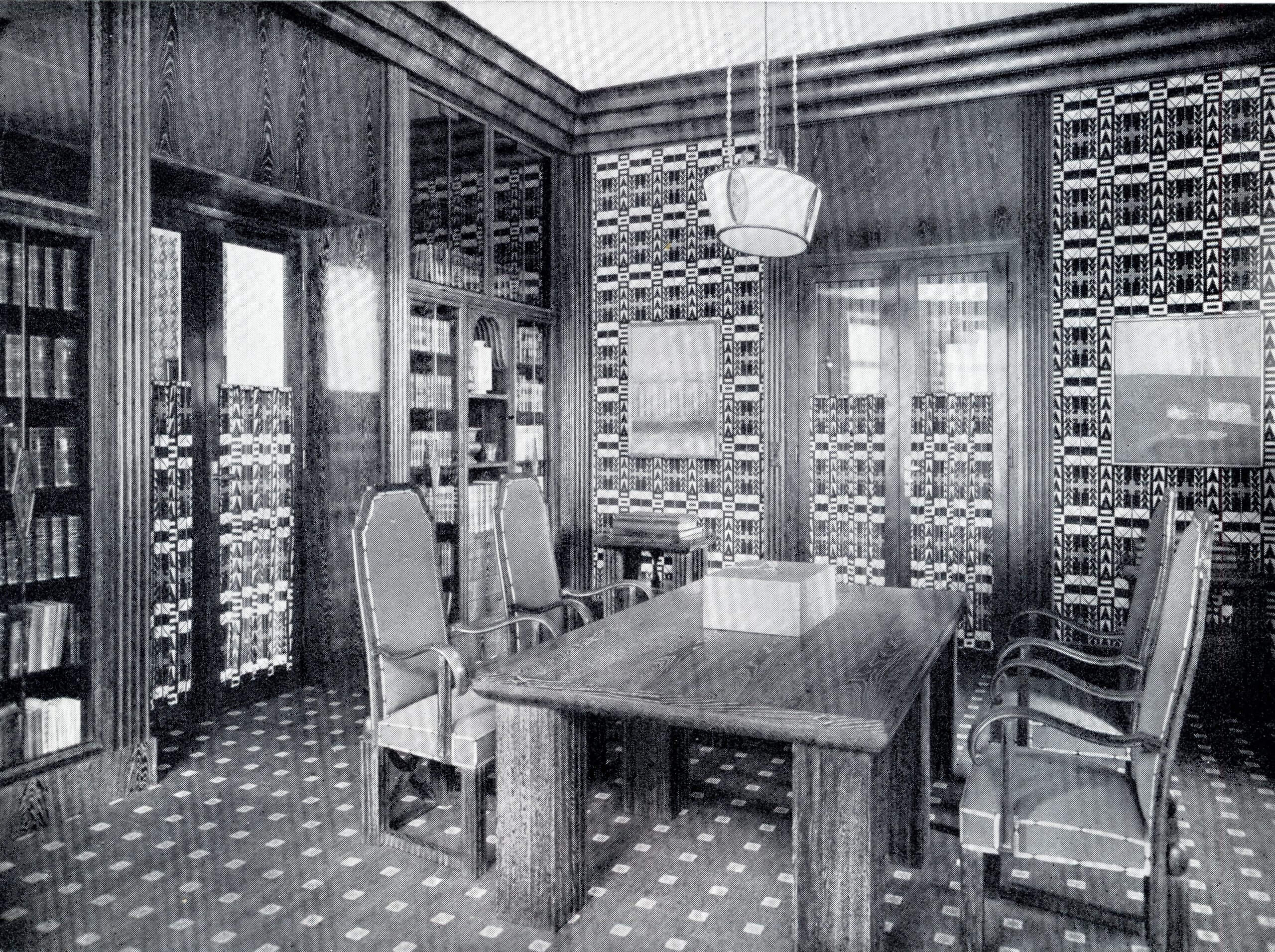 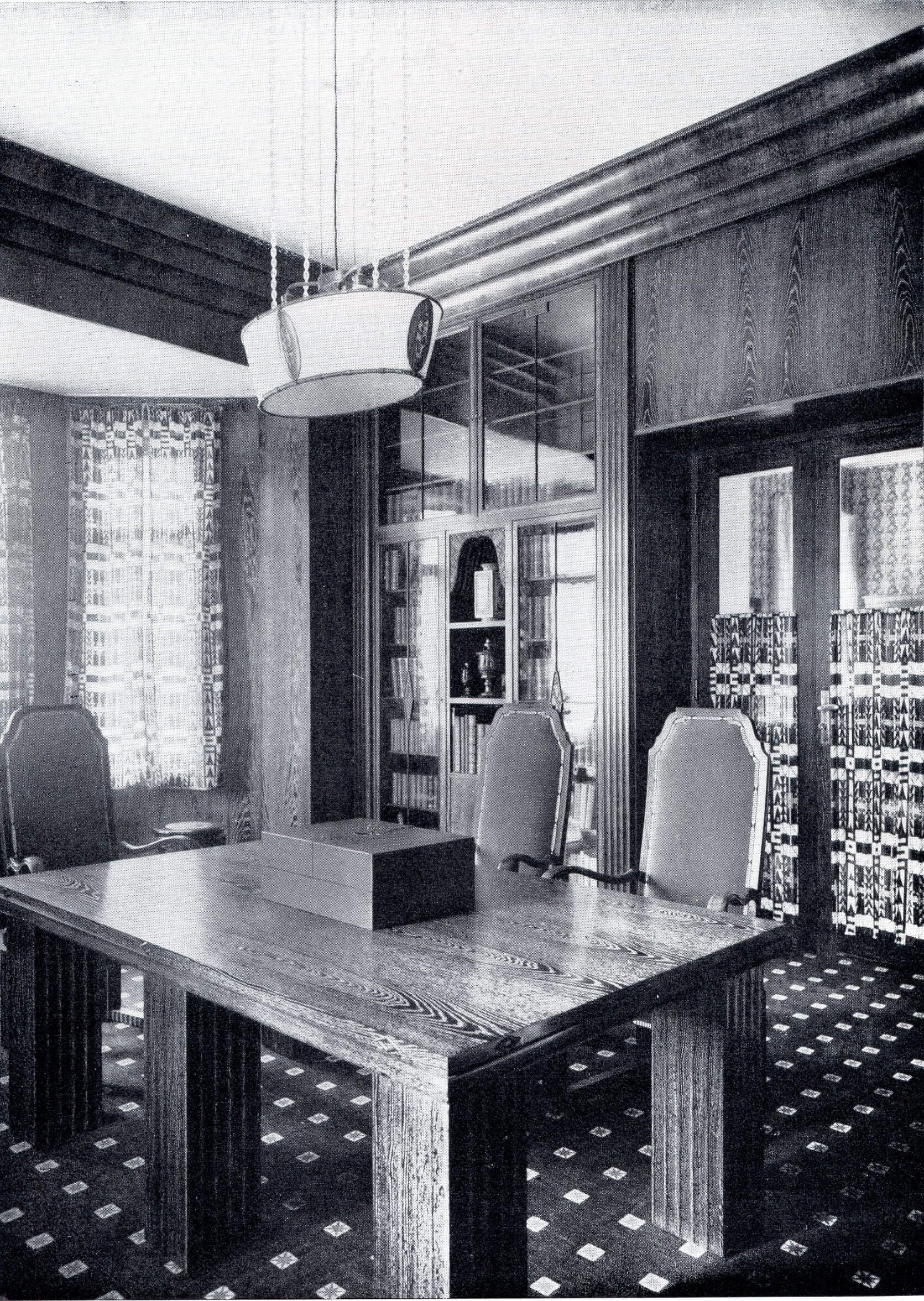