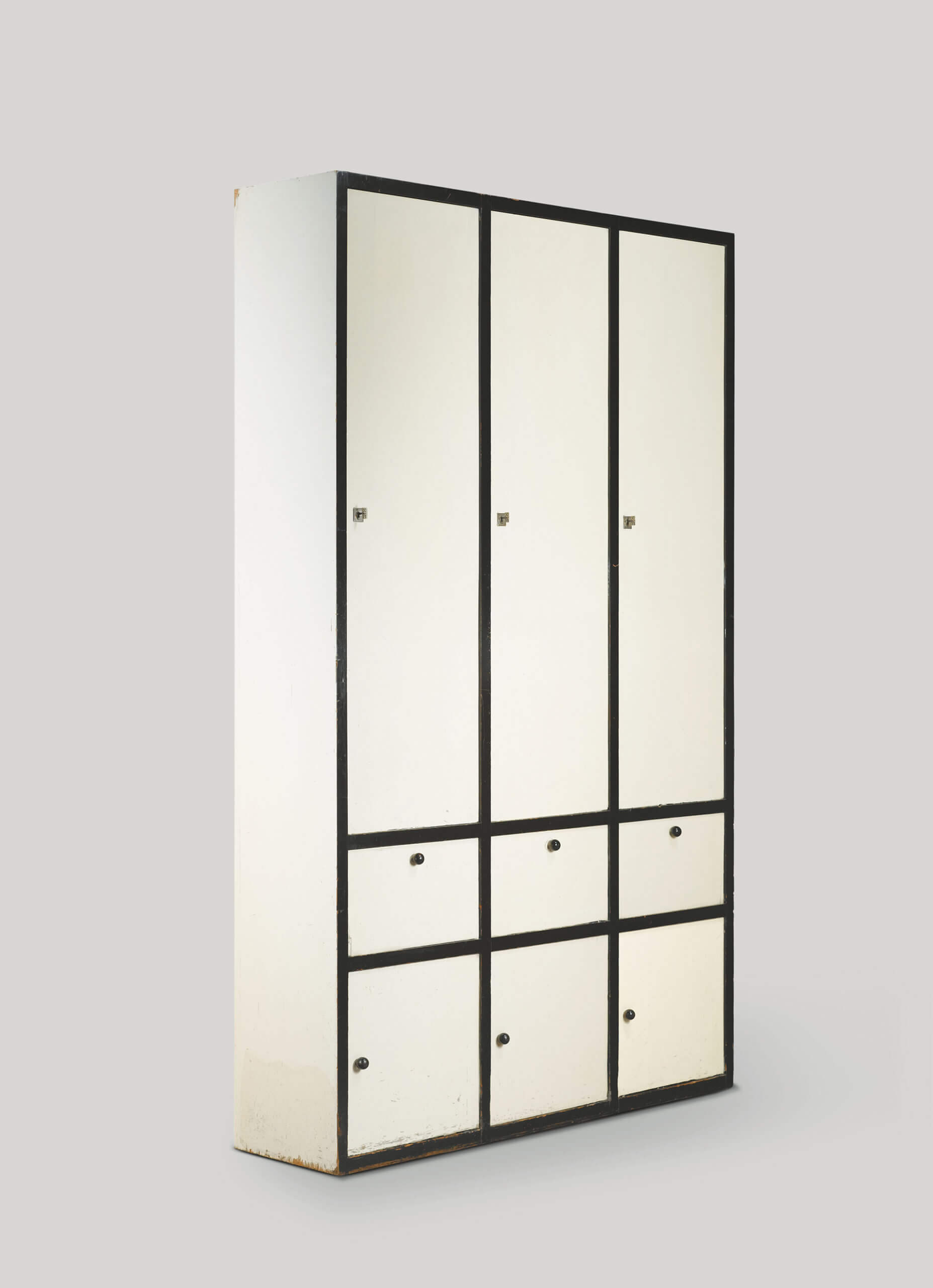 Only few furnishings have survived from this early interior design work of the Wiener Werkstätte. The three-door cabinet shown here is one of them. It is at the same time one of the few pieces of furniture crafted in its own carpenter’s workshop, as is clearly manifest in the original, marked door closures and key. In 1904, the Winer Werkstätte received the commercial licence for the cabinetmaking trade, but the cabinet-making workshop already had to be closed down again in 1906 owing to local protests. The cabinet comes from the fashion salon office and stood on its narrow side opposite the window wall, as verified in a design presently kept at a Vienna art dealer’s. Hoffmann uses the uniform height of the cabinets to convey an uninterrupted horizon, which continues along the height of the wall panelling. Similar to a co-ordinate system, the room is thus clearly articulated in horizontal and vertical lines, winning in structure. 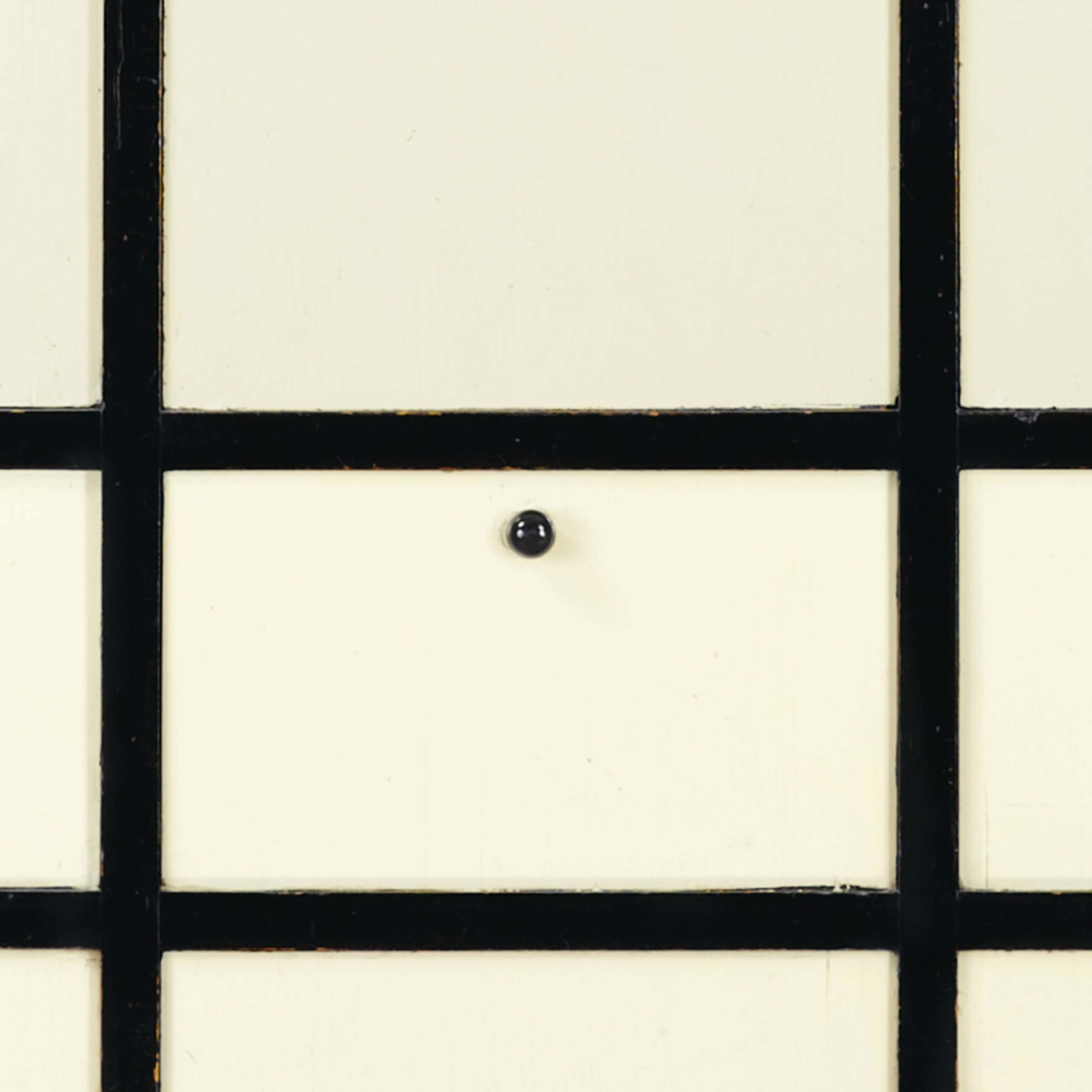 All vertical planes are painted white, whereas the co-ordinate system is kept black, enabling Hoffmann to dispense with every ornament and still create an overall impression of rich diversity, dynamism and yet harmony. Even detached from its original context, the cabinet itself nevertheless retains its compositional integrity. In accord with the unity of the arts, it wanders between sculpture and painting; simultaneously flat plane and three-dimensional space, it comes very close to the ideal of the modern movement in terms of the harmonious fusion of space and material. In purely technical and aesthetic terms it already possesses all distinctive marks of the modern movement. Neither mouldings nor ornaments pretend towards its tectonic structuring. This role is taken over by the individual functional elements, the doors and the frame construction, which together divide the front into a harmonious network of black lines and white planes. This simultaneously generates the psychological sense of structural stability of base and frame. The lower row of doors becomes the base, a transverse tier of smaller, horizontal-oblong doors is arranged in between, which in the end provide the leeway for the ascent of the upper, vertical-oblong row of doors.