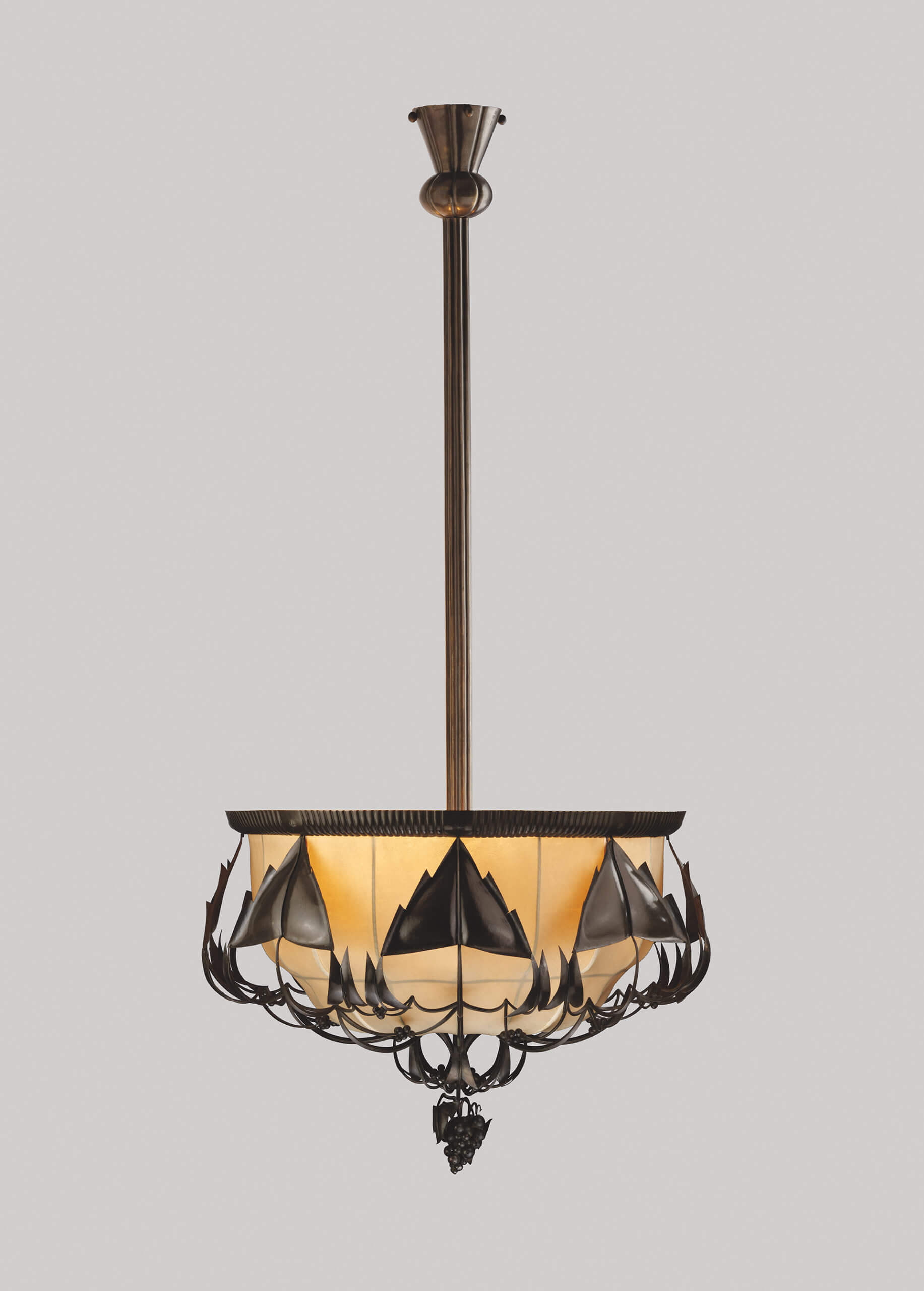 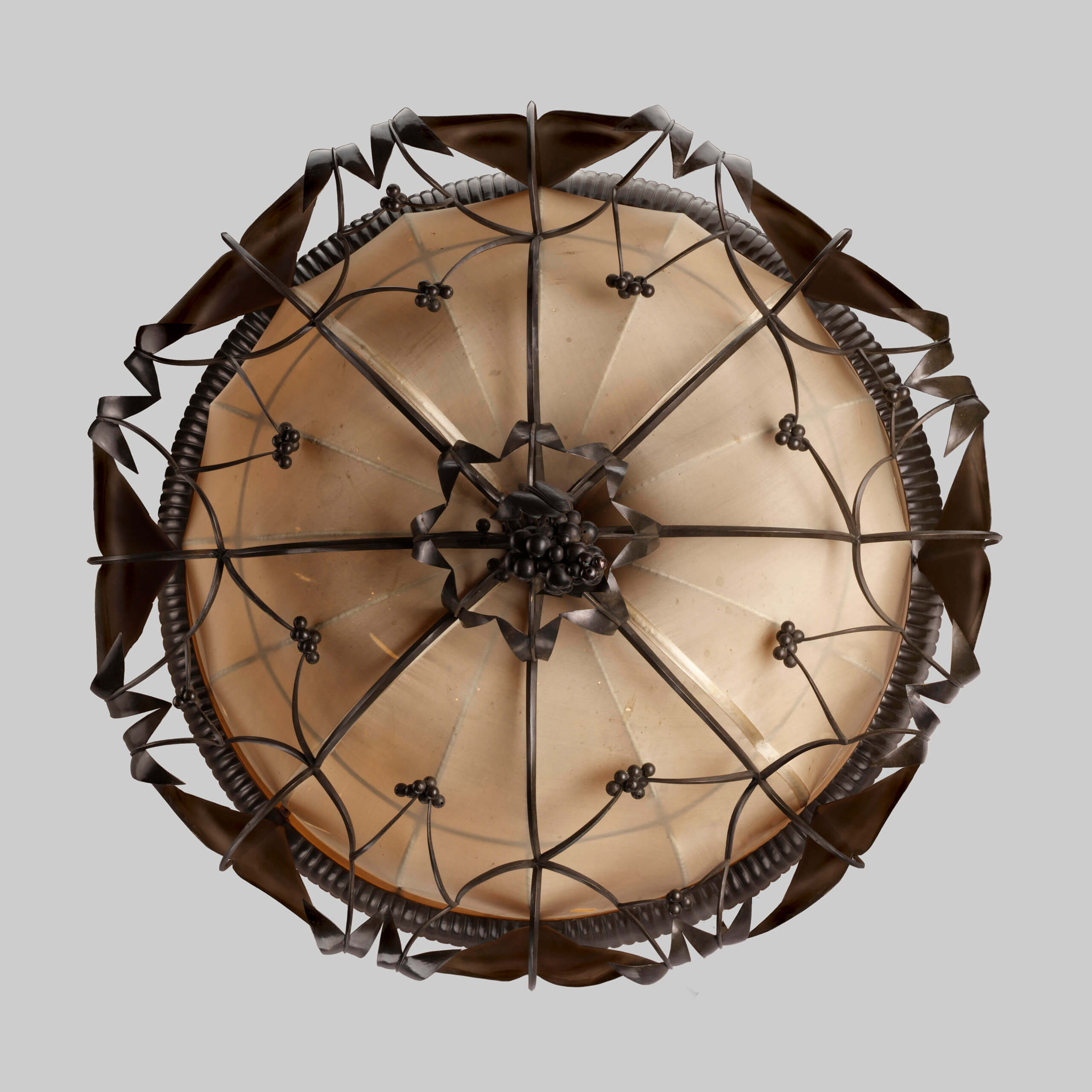 Alongside Josef Hoffmann and Koloman Moser, Dagobert Peche (1887-1923) has been regarded since 1915 as one of the leading artistic associates of the Wiener Werkstätte. Hoffmann stated after Peche’s death: “Not in a hundred years, maybe once every three hundred years is such a genius born to a country. Dagobert Peche was the greatest genius of ornament Austria has seen since the Baroque era.” When towards the end of his life Peche defined the “overcoming of utility” as condition for the evolution of artistic expression, he was clearly challenging contemporary Modernist trends in Vienna and the “Nutzstil”, the functionalism propagated by Otto Wagner. Peche, who belonged to the next generation after Hoffmann and Moser, could now sustain his position on prerequisites that had to be arduously fought for at first by the founding members of the Secession. Their initial problem – the supremacy of the historical revival styles and Vienna’s provincial status in international terms – was no longer paramount when Peche was a student. The artistic form is for him no longer the final outcome of function-oriented ideas, but stands alone for itself. Freed from this compulsion, Peche produced an oeuvre that sparked off artistic fireworks of the highest creative quality. 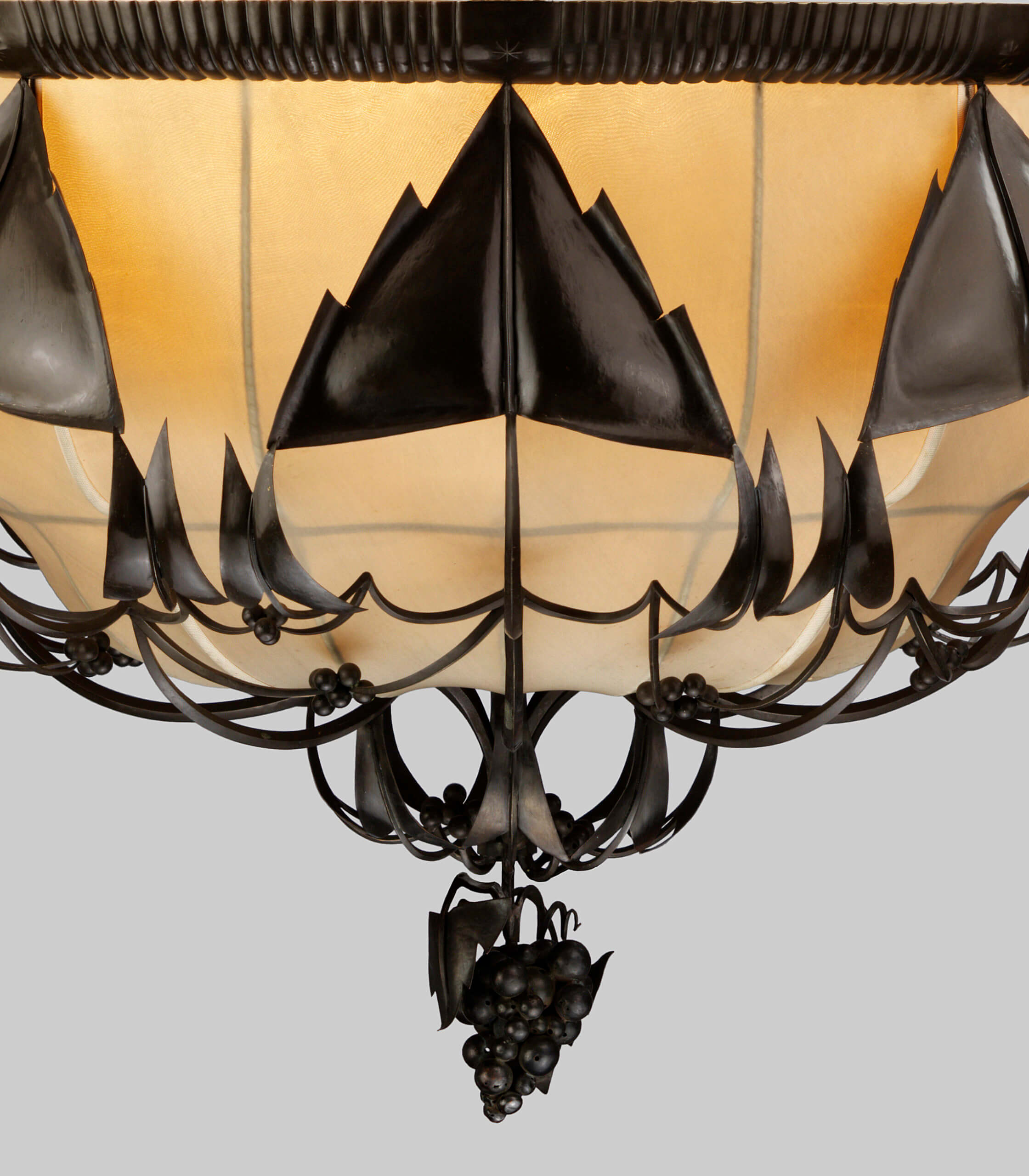 Peche designed this chandelier at the zenith of his artistic career, shortly before his far too premature death at the age of 36. A round, bell-shaped lampshade, open underneath, is enveloped by a cocoon of oxydised hammered brass shaped out of large triangular and small lancet leaves. Peche uses the leaf stems to resolve the empty spaces between the leaves. Some of the stems bear a grape-like arrangement of berries at their ends, a spatially poised polarity setting off the specifically oriented flatness of the leaves. Although the individual components of this ornamental cocoon is even and symmetrically distributed, we do not get the impression of a prosaically ornamental, foliate pattern repeat. Peche uses the large triangular leaves to attach his latticed leaf structure to the ribbed metal ring encircling the lampshade. But this does not occur, as we would expect, at the top, broad end of the leaf, but only at one point, namely, the tip of the leaf, so that these, like all other leaves, point upwards. This ensures that no impression can arise of a solid, dominating and broad crowning ring. The metal ring is absolutely necessary for the construction, but through this ploy Peche manages to subtract its tectonic quality and sense it as a free-floating element. Underneath, the small leaves conjoin to form an open basket, which guarantees that the electric light source has sufficient downward luminance. The direction of the light streaming unhindered out of the open top of the lampshade towards the ceiling is signalled by the upwardly pointing leaves. Although made of bright fabric, the lampshade is nevertheless a closed element blocking the surrounding space. By means of the dark metal foliate cocoon as an antipode to the shade, Peche conjures up the illusion of transparency, dissolving the closed volume of the lampshade. Suddenly we have the association of an arbour of leaves permeated by sunlight. 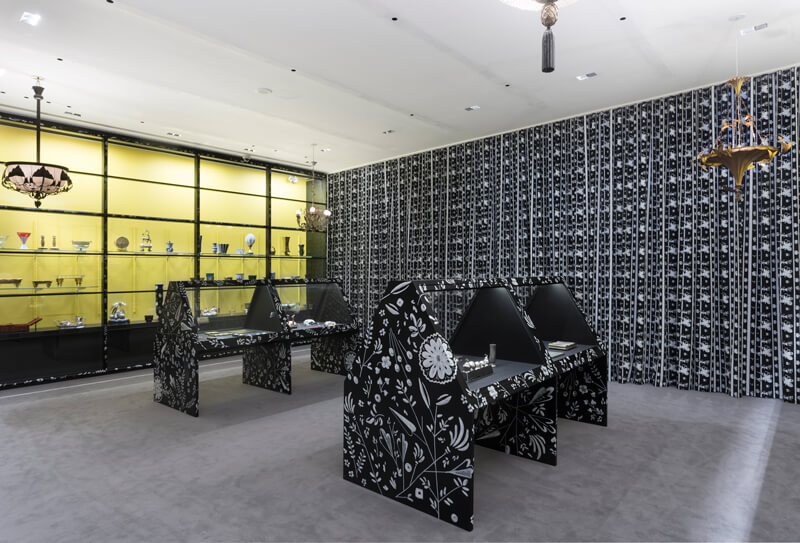 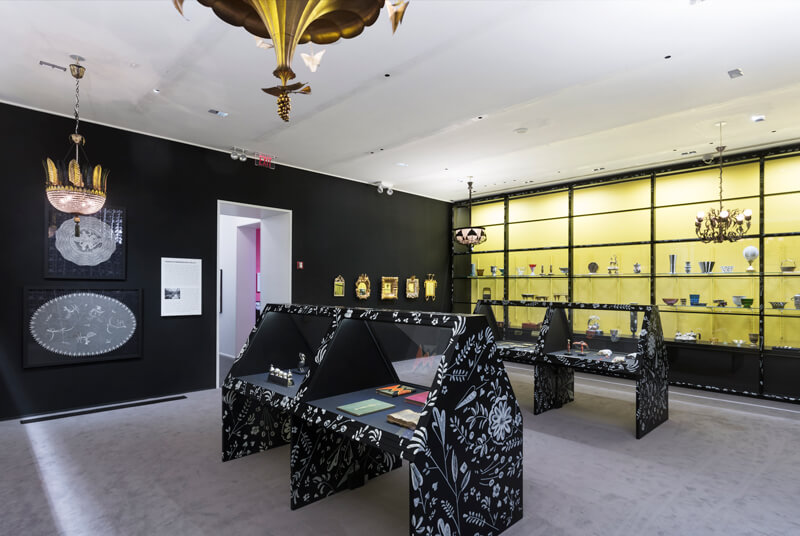